Some parts of special manufacturing process for PCB processing

It refers to the direct growth process of local conductor lines with chEMIcal copper layer on the surface of non conductor substrate with the help of adding resistance agent. The addition methods used for PCB copying can be divided into full addition, half addition and partial addition.

It is a kind of circuit board with thICk thickness (such as 0.093 ", 0.125"), which is specially used to connect other boards. The method is to insert the multi pin connector into the pressing through-hole without soldering, and then wire one by one in the way of winding on each guide pin where the connector passes through the board. The connector can also be inserted into the general PCB board. Because the through-hole of this special board cannot be soldered, but the hole wall and the guide pin can be directly clamped for use. Therefore, its quality and aperture requirements are particularly strict, and its order volume is not very large. Generally, circuit board manufacturers are reluctant to and difficult to accept such orders. In the United States, it has almost become a high-grade specialized industry.

This is a new field of thin Multilayer board practice. The first enlightenment CAMe from the SLC process of IBM, which was trial produced in Yasu factory in Japan in 1989. This method is based on the traditional double-sided board. First, liquid photosensitive precursors such as Probmer 52 are fully coated on the two outer board surfaces. After semi hardening and photosensitive decomposition, shallow "Photo Via" which is connected with the next bottom layer is made, Then conduct chemical copper and electroplating copper to comprehensively increase the conductor layer, and after line imaging and etching, new type conductors and buried or blind holes interconnected with the bottom layer can be obtained. By adding layers repeatedly, the required number of layers can be obtained. This method can not only eliminate the expensive mechanical drilling cost, but also reduce the aperture to less than 10 mil. In the past five to six years, various types of multilayer board technologies that break the tradition and adopt layers by layers have made such Build Up Processes famous and more than ten kinds of products have been launched under the constant promotion of American, Japanese and European industries. In addition to the above "photosensitive hole forming"; After removing the copper skin at the hole location, there are different "pore forming" ways for organic plates, such as alkaline chemical biting, laser ablation, and plasma etching. In addition, a new type of "Resin Coated Copper Foil" coated with semi hardening resin can also be used to make thinner, denser, smaller and thinner multilayer boards by sequential lamination. In the future, diversified personal electronic products will become the world of such really thin, short and multi-layer boards.

Cermet ceramic gold mixes ceramic powder and metal powder, and then adds bonding agent as a kind of coating. It can be printed on the circuit board (or on the inner layer) in thick film or thin film as the cloth placement of "resistor" to replace the external resistor during assembly.

Crossover refers to the vertical crossing of two vertical and horizontal conductors on the overlapping plate, and the insulating medium is filled between the crossing point drops. Generally, carbon film jumper is added to the green paint surface of the single panel, or the wiring above and below the layer adding method belongs to this "crossover". 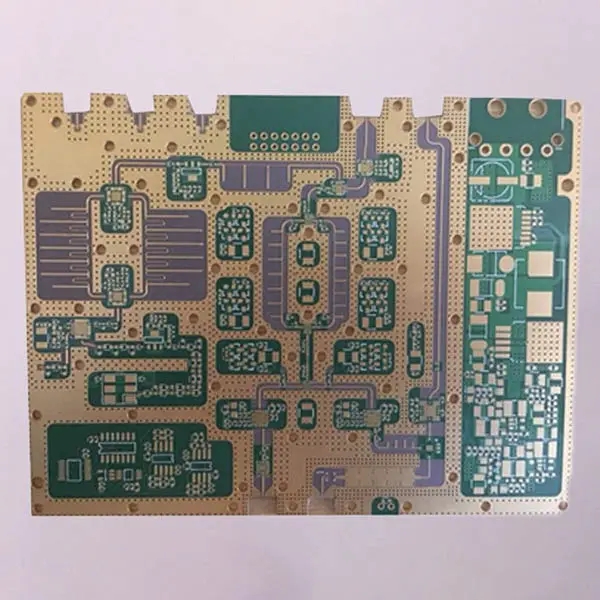 Another term of Multi Wiring Board is that round enamelled wire is attached to the board surface and a through hole is added. The performance of this kind of double line board in the aspect of high-frequency transmission line is better than that of the flat square circuit formed by etching of general PCB

It is a Build up Process developed by a Dyconex company located in Zurich, Switzerland. It is a patented method that first etches the copper foil at each hole position on the board surface, then places it in a closed vacuum environment, and fills it with CF4, N2, O2, so that it can be ionized under high voltage to form plasma with high activity, which can be used to etch the substrate at the hole position, and then micro pilot holes (below 10mil) appear. Its commercial process is called DYCOstrate.

It is a new construction method of "photoresist", which was originally used in the "electro varnish" of metal articles with complex shapes, but recently introduced into the application of "photoresist". The system adopts the electroplating method to uniformly plate charged colloidal particles of optically active charged resin on the copper surface of pcb circuit board as the anti etching inhibitor. At present, it has been used in the direct copper etching process of inner laminates. According to different operation methods, this ED photoresist can be placed on the anode or cathode respectively, which is called "anode type electric photoresist" and "cathode type electric photoresist". According to the different photosensitive principles, there are two types: "Negative Working" and "Positive Working". At present, the negative ED photoresist has been commercialized, but it can only be used as a planar photoresist. Due to the difficulty of photosensitivity in the through-hole, it cannot be used for image transfer of the outer panel. As for the "positive ED" that can be used as the photoresist of the outer plate (because it is a photosensitive decomposition film, the hole wall is not sensitive enough, but it has no effect), the Japanese industry is still stepping up its efforts to develop commercial mass production applications, so that the production of fine lines can be easily achieved. This term is also known as "electrophoretic photoresist".

It is a special PCB board with a flat surface, and all conductor lines are pressed into the board. The method of single panel is to etch the copper foil on the semi cured substrate plate by image transfer method to obtain the circuit. Then, press the circuit on the board into the semi hardened plate in a high temperature and high pressure manner, and at the same time, complete the hardening operation of the plate resin, so as to become a circuit board that the circuit shrinks into the surface and is completely flat. Usually, a thin copper layer needs to be slightly etched off on the circuit surface into which the board has been shrunk, so that another 0.3mil nickel layer, a 20 microinch rhodium layer, or a 10 microinch gold layer can be plated, making the contact resistance lower and sliding easier when sliding contact is performed. However, this method should not be used for PTH to prevent the through-hole from being squeezed out during pressing. It is not easy for this board to achieve a completely smooth surface, and it cannot be used in high temperature to prevent the line from being pushed out of the surface after the resin expands. This technology is also known as the Etch and Push method, and the finished board is called the Flush Bonded Board, which can be used for special purposes such as RotarySwitch and Wiping Contacts.

In addition to precious metal chemicals, frit glass melts need to be added into the thick film paste (PolyThick Film, PTF) printing paste, so as to exert the effect of coagulation and adhesion in high temperature incineration, so that the printing paste on the blank ceramic substrate can form a solid precious metal circuit system.

It is the method of growing selective circuits on the surface of completely insulated plates by electroless metal deposition (mostly chemical copper), which is called "full addition method". Another incorrect statement is the "Fully Electroless" method.

It is a circuit that applies precious metal conductive ink to a small porcelain thin substrate by printing, and then burns the organic matter in the ink away at high temperature, leaving a conductive circuit on the surface of the plate, which can be used for welding surface bonded parts. The utility model relates to a circuit carrier between a printed circuit board and a semiconductor integrated circuit device, belonging to thick film technology. In the early days, it was used for military or high-frequency applications. In recent years, due to the high price and decreasing military use, and the difficulty in automatic production, coupled with the increasing miniaturization and precision of circuit boards, the growth of this kind of Hybrid has been much less than in the early years.

Interposer refers to any two layers of conductors carried by an insulating object that can be conducted by filling some conductive fillers at the place to be conducted. For example, if the bare holes of the multilayer board are filled with silver paste or copper paste to replace the traditional copper hole wall, or materials such as vertical unidirectional conductive adhesive layer, they belong to such interposer.

What is the difference between SMT patch processing and DIP plug-in processing? 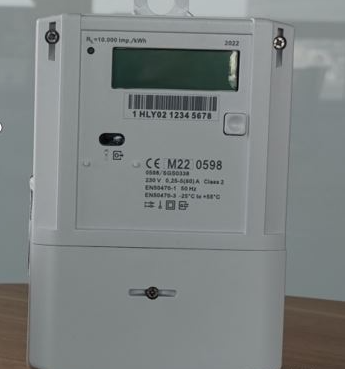 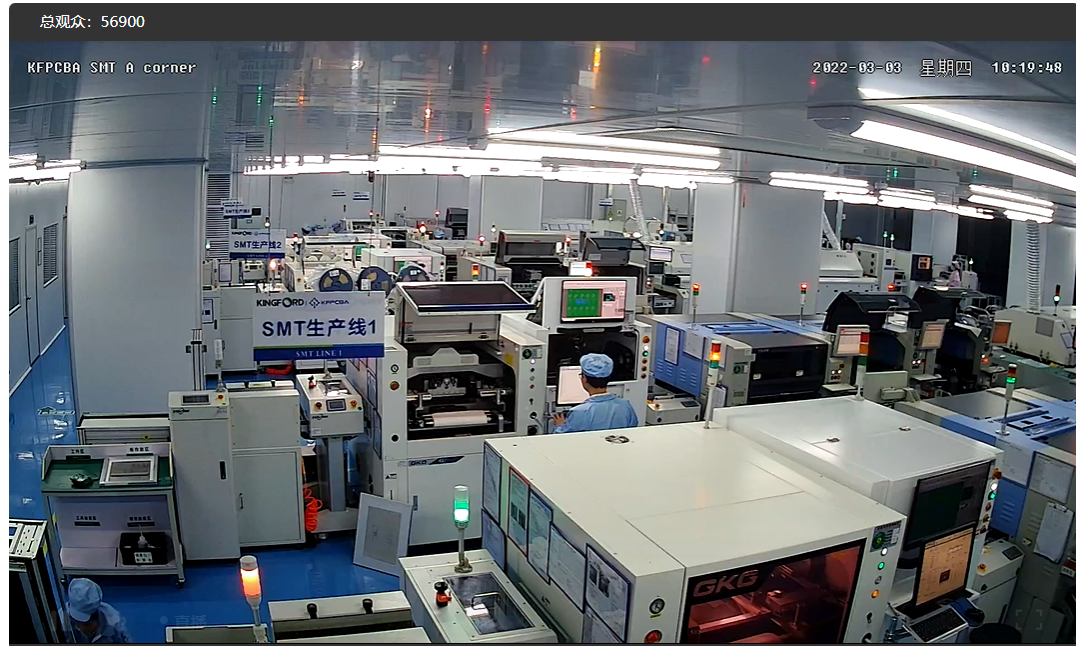 What factors affect the cost of SMT patch proofing?